Music and Theater of Orlando, Florida

You’re in Orlando, but you’re not looking to spend theme park money on a musical or theatrical outing. You’d like to see entertainment in the city proper. Don’t worry; there’s plenty of entertainment to be found in “The City Beautiful” as the central Florida city has been nicknamed.

The entertainment industry, spring boarding off of the resort tourism industry, is important to the area. The city has had its share of musical and stage native sons and daughters, dating back to dancer and actor Buddy Ebsen of the Beverly Hillbillies. Lance Bass, Joey Fatone, of ‘N Sync and A.J. McLean and Howie Dorough of Backstreet Boys grew up here, as did rock musician Scott Stapp of Creed and Wayne Brady of “Whose Line is it Anyway” fame. 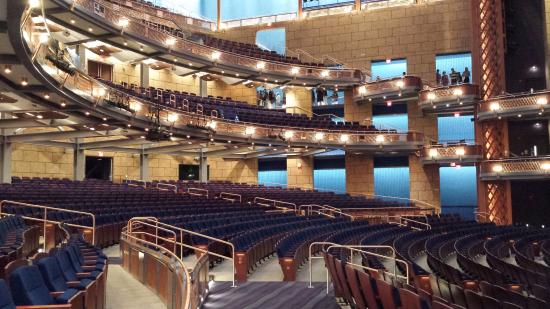 Live entertainment fans will want to check out the Dr. Phillips Center for broadway musicals, ballet, kid’s shows, stand up comedy, and local bands. The center includes several theaters such as the Walt Disney Theater and the Bob Carr Theater, a family room, an arts plaza, and a new hall and green room coming in 2020 armed with state of the art alarm systems. SWS is proud to offer alarm systems in Orlando and the surrounding area.

If you’re definitely in town to see a specific artist, the odds are good that they’ll be performing at The Plaza Live. With over 57 years of performance history since 1963, this historical venue is owned by the Orlando Philharmonic Orchestra and seats 903, or 1250 standing audience members; there is a seated balcony section. It had once been a two-screen theater and was known as the Rocking Chair Theater; it got by during the 1990s by playing second-run movies and “Rocky Horror Picture Show” late-night showings. During that decade, the venue turned its focus on live music performances. The Plaza hosts shows in the Main Hall and the Small Room, including numerous local festivals.

Music and Theater of Orlando, Florida