If you’ve been to Orlando for a conference or, quite likely, to visit one of the many amusement parks in the region, there’s still a good deal you don’t know about Florida’s central city.

The city is extremely irregularly-shaped. Somewhat like Chicago and New Orleans, it is most shaped like a crescent; the difference is that it’s attached to an almost equally large rectangle where Orlando International Airport is located. There are many surrounding neighborhoods that blend seamlessly with the city proper, but they aren’t officially part of Orlando. Like much of Florida, the city enjoys a sub-tropical climate. Though it’s not beachfront property, if you want to visit a lake you needn’t drive far. There are over 100 lakes in and around the city, including a giant sinkhole that’s now a major feature of downtown, Lake Eola. 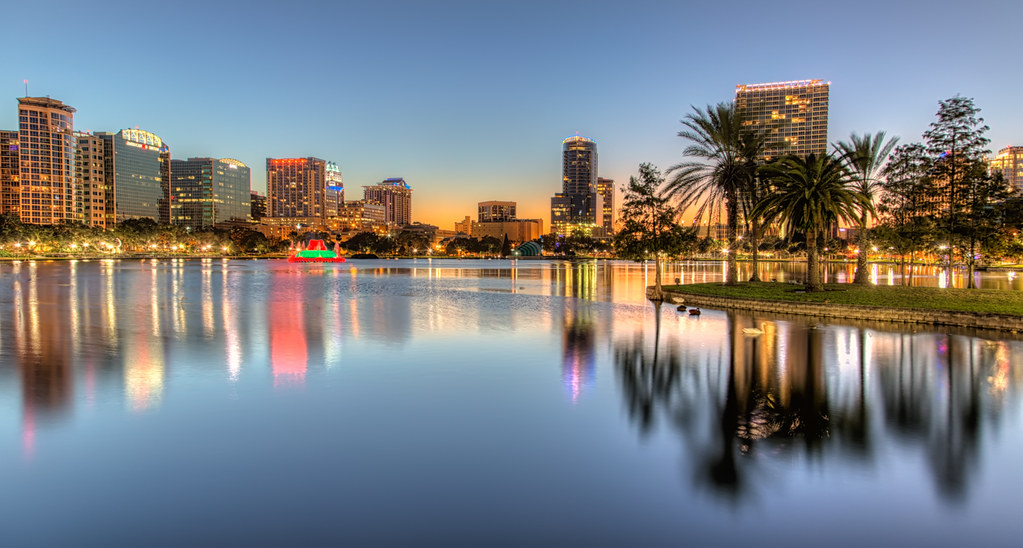 The nearly year-round sunshine, reasonable driving distance from most of the Eastern United States’ population, and acres of surrounding farmland have made the region a desirable location for largescale theme parks since Disneyworld setup camp in the 1960’s. Although all of Florida can be impacted by hurricanes, Orlando is far enough inland to mitigate the kind of major damage coasts can see.

Before the theme parks, there were vast citrus groves. However, a terrible freeze in the 1800’s drove that industry further south into Florida and displaced thousands of farmers. The air force and general tourism took a key spot in the region until tourism took the lead.

If you’re looking for historic buildings to visit, the 1890 Railroad Depot and the Rogers Building (1886) are the oldest remaining buildings in “O-Town”. The old city hall was demolished when it was blown up as the opening for “Lethal Weapon 3.”  To further enjoy the lakes and sights of the city, you may wish to take a pontoon boat tour at Winter Park. SWS is honored to offer home security systems in Orlando and the surrounding area.